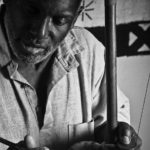 Academy of African Martial Arts Such as African Brazilian Capoeira and Maculele and African American Kalenda and others. It is Directed by the Master Artist “Mestre Preto Velho” a 3rd Level Master of Capoeira Angola de Sao Bento Grande, style of Capoeira that developed in Brazil in the State of Rio de Janeiro in the city of Rio de Janeiro. Mestre Preto Velho was one of the Technical Advisors on the Block Buster film “Lethal Weapons”. He trained Mel Gibson and Gary Busey for their climatic fight scene in the African American Prison Art of Jail House Rock!!!