Once upon a time there was only 1 option. Buy Black!

We have a harsh history in this country of discrimination, repression, and abuse of  black americans. We were legally segregated from everything from bathrooms to schools and  had to endure violent backlash whenever American Apartheid was challenged. All throughout these harsh injustices Black Americans have continued to make amazing inroads in American society.

Despite these inroads the current state of Black Americans are in peril. for instance:

In 1954 amidst legal discrimation, blatant racism and violence of time, black unemployment was 9.9% with whites at 5%

The unemployment rate among blacks is about double that among whites, as it has been for most of the past six decades but has actually gotten much worse.

Black Americans have always know that we have had to create opportunities for ourselves in order to be self sufficient. Here are some interesting facts:

Economic prosperity is the single force that made the United States a world superpower. Early “Americans” built the fortune of this country off the backs of slave labor enabling their legacies to continue on in white families never compensating and repairing the damage done to the enslaved Africans. Coupled that with legal discrimination and Jim Crow leaving a devastating condition in the state of the black community.

The wealth gap and other disparities has actually worsened since the famous King speech “I Have a Dream”, 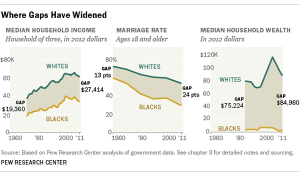 Buying Black is a way of bringing light to a problem and also helping each other. Many races are able to bring successful businesses into our communities while Black Businesses suffer and money leaves the community. Much light needs to shine on this problem so we can discuss ways to tip the scales.

Black Americans are going to have to create jobs and build wealth for ourselves. No one’s coming to save us. Black businesses hire a significantly higher percentage of Black people then non-Black owned businesses. As we seek to lower unemployment and increase economic independence, this fact alone should inspire you to support more and create more Black-owned businesses

The Black Business Network encourages members to patronize Black-owned businesses to further expand the economic power of African American merchants and the households that support them. 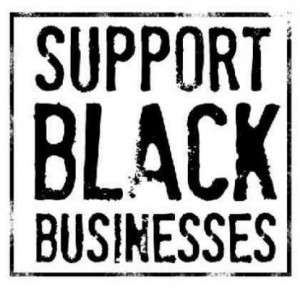