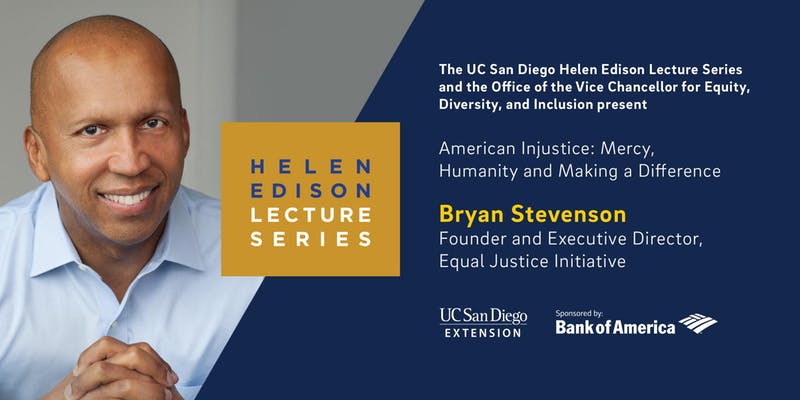 A MacArthur fellow and founder of the Equal Justice Initiative, Bryan Stevenson is a founding leader of the movement against mass incarceration in the U.S. He recently spearheaded the opening of the Legacy Museum and the National Memorial for Peace and Justice, the first national memorial to victims of white supremacy. Stevenson’s work here led to his appearance on 60 Minutes, where he was interviewed by Oprah Winfrey.

Additionally, Stevenson’s remarkable twenty minute TED Talk on the subject of injustice has been viewed over 4 million times on the TED website and over 700k times on YouTube. The New Yorker named it one of five essential TED Talks. Nobel Peace Laureate Desmond Tutu has called Stevenson “America’s young Nelson Mandela.” His work on individual cases has generated national attention and his efforts have reversed death penalties for dozens of condemned prisoners.